A southern paper mill manufactures over 1,400 tons per day of newsprint using recycled newspaper as a primary furnish. Since 1986, they have relied on Rotoshear® screens to screen sludge for disposal.

In 1986, the mill manufactured approximately 700 tons of newsprint per day. The amount of primary and secondary sludge generated from their waste streams began to exceed the capacity of their sludge ponds. Rather than build additional ponds, the mill elected to create their own irrigation system and land apply the sludge. However, particles, including coal, wood chips and other contraries removed from the furnish, began surfacing in the waste streams and clogged the nozzles in the irrigation system. The openings in the spray nozzles were only 1/2" to 1" and could not handle large particles.

Rotoshear® Model HRS6096 automatic wedgewire screen was installed at the pump station to screen the primary and secondary sludge and prevent particles from clogging the spray nozzles. This unit came with a special headbox and modified spray system to handle a sludge flow of 700 GPM with 1% to 2% solids. 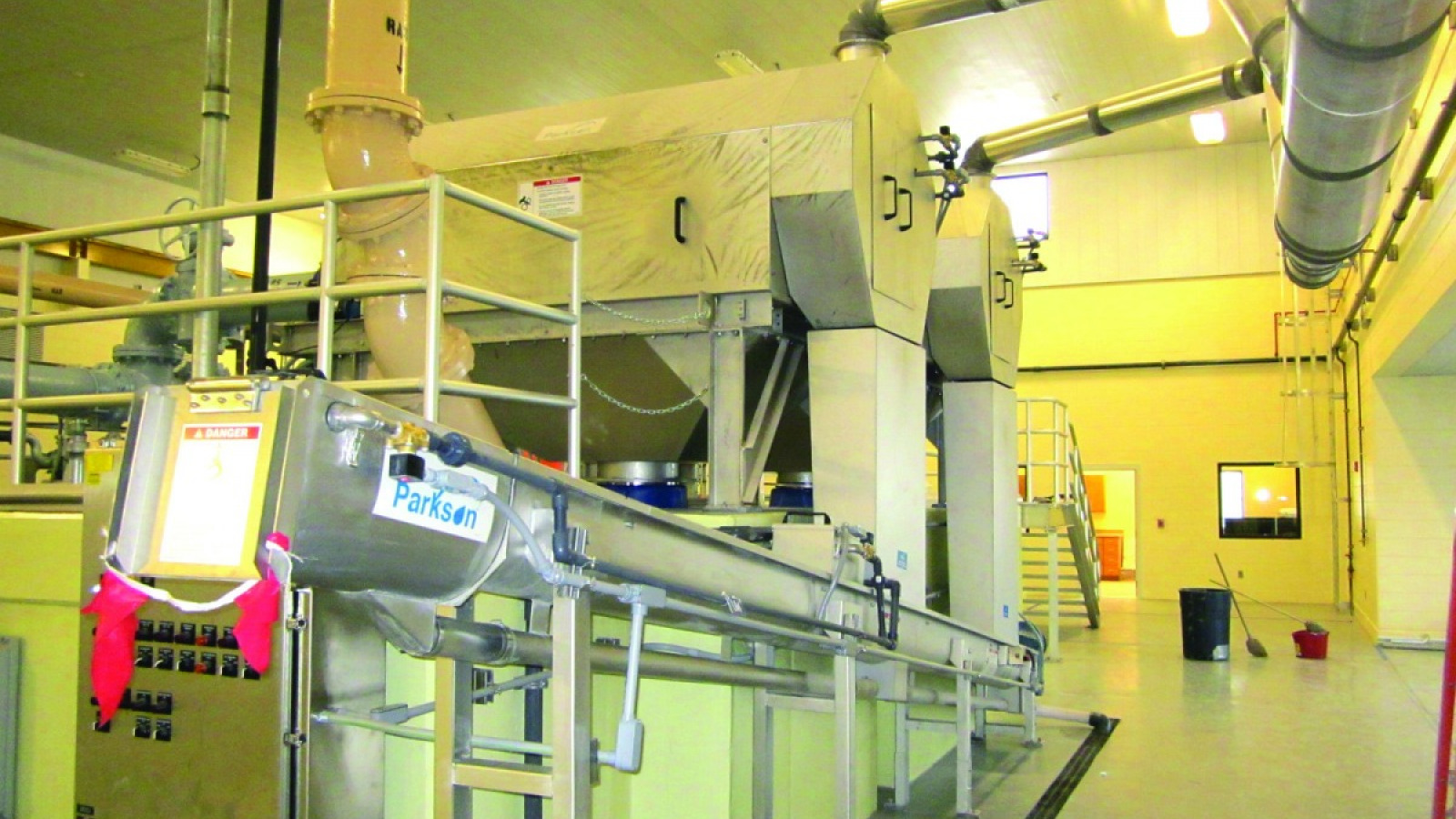 The Rotoshear® screen with 0.200" openings solved the problem and the irrigation system worked fine. No more nuisance clogging! In 1989, when production levels reached 1,400 tons per day, the mill expanded again. In order to handle the increasing sludge levels, the mill installed an incineration system and a screw press to dewater the sludge. Another Rotoshear® screen, this time a Model HRS60120 with 0.200"0 openings, was installed to protect the large rejects from damaging the screw press. This Rotoshear® screen handles approximately 1100 GPM and removes a heavy load of solids.

The two Rotoshear® screens are still operating side by side and screen the sludge for final disposal. Most of the sludge is processed through the screw press and incinerated, but the original irrigation system is still in reserve.