Fourteen static screens installed in a wastewater treatment plant in Monroe, NC, were unable to keep up with the heavy solids load. The major problems were screen blinding and solids that were recirculated rather than discharged from the system.

The influent itself was extremely greasy, and to further complicate the process, excess polymer from the plant’s centrifugal dewatering system was making its way back to the headworks, causing additional blinding of the static screens.

As the screens blinded, water moving at 20-40 GPM (4.5 to 9.0 M3/H) sheeted off, carrying clumps of solids. Concrete curbs were built to direct the overflow to a drain which carried the overflow back to the headworks. The screenings, which were extremely wet because of the ineffective process, moved through an auger conveyor and then an inclined conveyor to a dumpster. The dumpster had holes which allowed additional drainage — back to the headworks again. Only when solids have been recirculated and broken up into small particles did they finally leave the system. It seemed like an endless chain that couldn’t be broken.

The screens required constant cleaning — every three hours, around the clock. They were cleaned with a high pressure hose, broom and steam cleaner; however, once clean, they quickly blinded again. Twenty to thirty manhours were invested weekly in cleaning the screens. 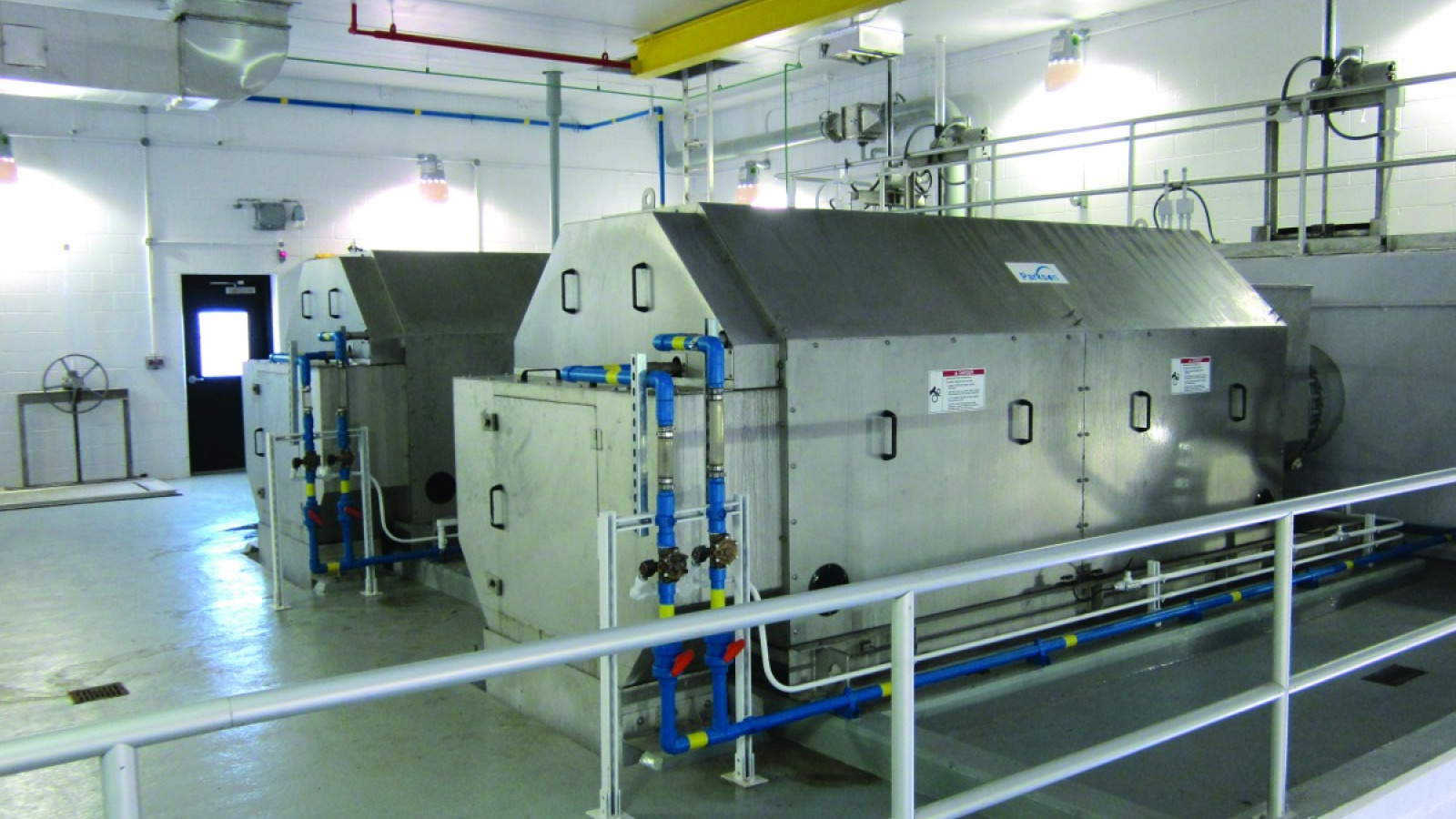 Rotoshear® fine screens were recommended as the solution to capturing the large solids concentration and preventing screen blinding.

The plant was designed for 7 MGD (306 L/S), but capacity can reach 15 MGD (675 L/S) during wet periods. Two Rotoshear® screens, Model HRS-60120 with .060" (1.5 mm) openings could handle the peak flow. The plant personnel removed the fourteen 6 foot (1.8 M) wide static screens and installed the Rotoshear® units themselves. The Rotoshear® units were placed back-to-back rather than side-by-side to utilize existing pipe connections and trenches. The structural frame was fabricated of stainless steel and wider than normal so it could straddle the existing pit, and elevated to reach existing piping. A stainless steel sheet metal skirt was added to minimize splashing. 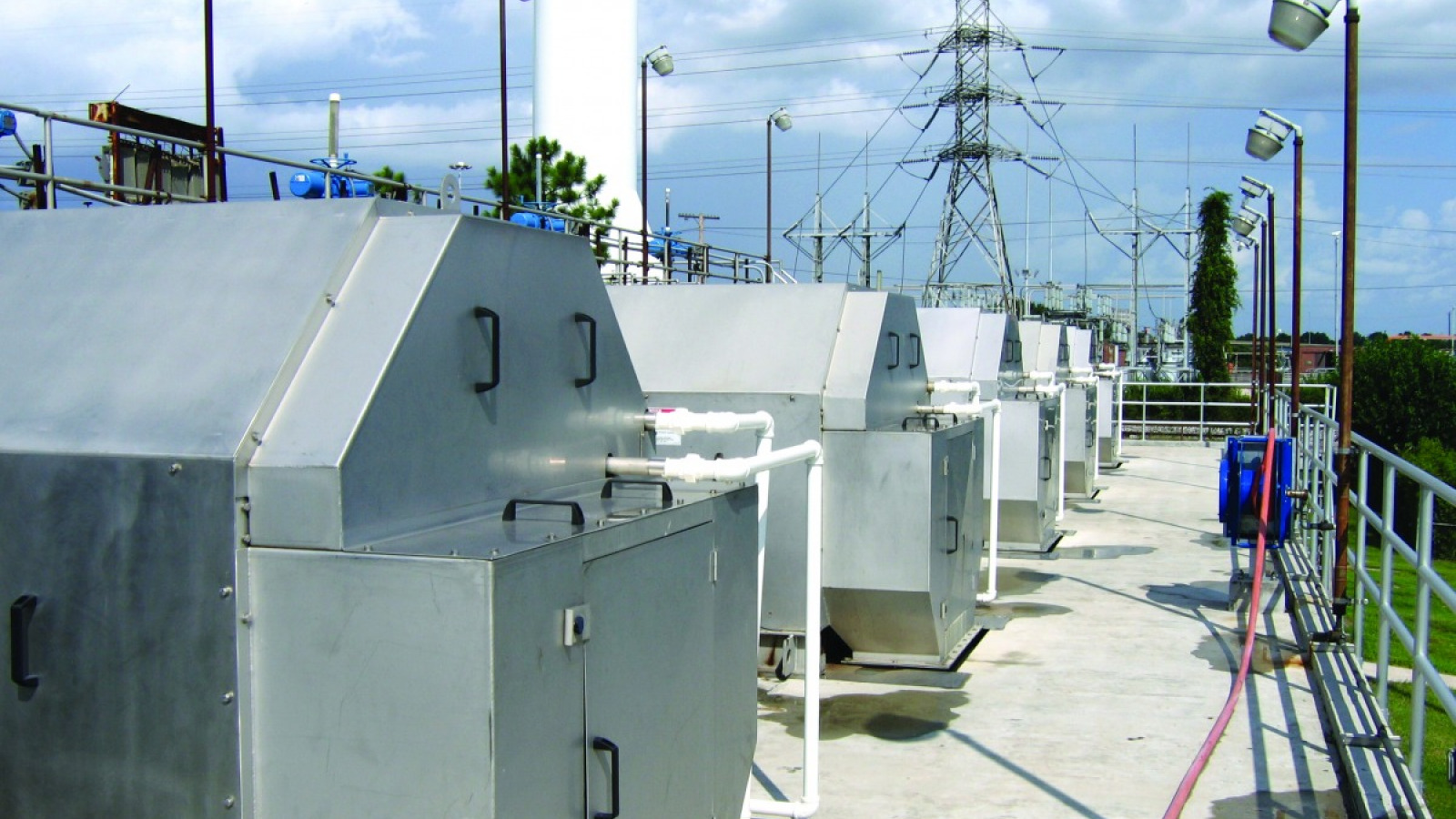 For the first time, there was no need for hourly or daily clean-up. Typically, only one screen runs except during wet weather. Screens are alternated weekly.

The operating Rotoshear® screen has more than tripled the solids capture for landfill. There is no messy overflow, and even some of the odor has dissipated. The plant performs maintenance weekly and washes down the screen that was used the previous week. Although an internal water spray system is provided, the plant does not use it. They only use the external water spray system, and non-potable water controlled by a timer. There is no question what their choice will be for the next expansion — a Rotoshear® screen!